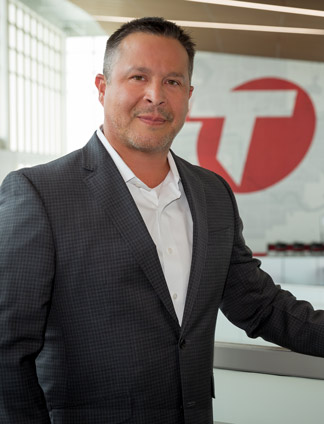 On June 25, 2012, Dr. Steve Tiger was named Tulsa Tech's Superintendent and CEO. Tulsa Tech is the state's oldest and largest technology center with the misson of educating people for success in the workplace.

Under the direction of a seven-member board of education, Dr. Tiger leads an organization with six campus locations, 23 extension programs and approximately 1,000 employees who annually serve nearly 25,000 students and over 1,000 businesses. Dr. Tiger serves as only the fourth Superintendent/CEO in Tulsa Tech’s history.

Dr. Tiger has over 20 years of experience as a professional educator and counselor. He began his career as a FEMA Crisis Counselor for Oklahoma City Public Schools, providing counseling and guidance services to students affected by the Murrah Federal Building bombing.

He entered CareerTech education at Meridian Technology Center in Stillwater, elevating through several positions, including Director of Student Services and ultimately Director of Instruction. Dr. Tiger later served as a campus administrator at Central Tech in Drumright before he was named Associate State Director of the Oklahoma Department of Career and Technical Education, where he provided leadership and guidance to technology centers across the state. From there, he became Superintendent and CEO of Pioneer Technology Center in Ponca City and was the youngest Superintendent in the history of the Oklahoma CareerTech system.

Dr. Tiger received a Men of Distinction award from the Tulsa Business and Legal News in 2013, Oklahoma’s most admired CEOs award from The Journal Record in 2018 and was recognized as Tulsa’s EWI Executive of the Year in 2018.