Honoring those who have made exemplary contributions to the success of students. 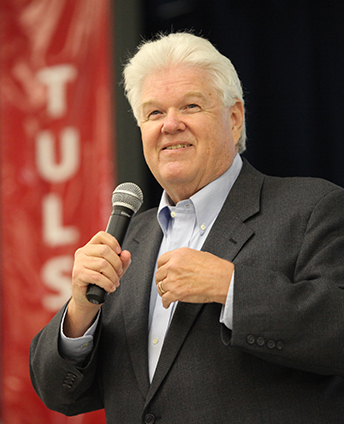 For more than 30 years John Hunter served Tulsa Tech, and his impact is far-reaching.

He started his work as a Cashier-Checker program instructor on the Lemley Campus in 1974. Hunter worked to adapt the curriculum after recognizing the need to assist adult learners. This effort helped increase the number of adult training programs from six in 1974 to more than 50 in the present. In 1983, he contributed to the creation of the financial aid department, helping adult students with tuition costs and increasing access to training options. He also created Tulsa Tech’s first part-time class catalog, now our Adult Career Development catalog.

In 2012, following his retirement from Moore-Norman, he again answered the call to serve Tulsa Tech, this time as Interim Superintendent. Hunter’s impact on Tulsa Tech is immense, touching nearly every aspect of the district, and can be seen each day in the number of adult students the district serves. 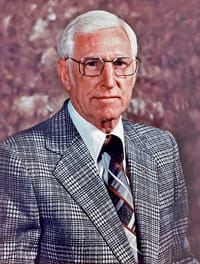 Alfred L. Gibbs is considered a pioneer in the development of the first vocational school district in Oklahoma. 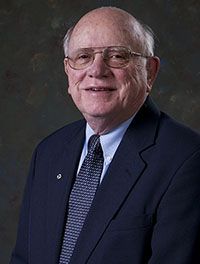 A lifelong educator, Dr. Jim Baker has dedicated his career to better the lives of young adults throughout the Tulsa region. His experience and success in the classroom has shaped his goals as an elected Tulsa Tech Board of Education member since 1988. He has been unwavering in support of the needs of students and clients by working to build state-of-the-art facilities and hiring industry-leading instructors to enhance training and improve the overall student experience. 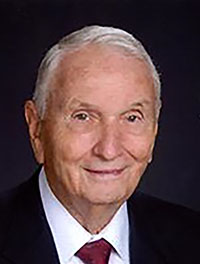 Bruce Williams started working at Tulsa Tech when the school was founded, but he was even more instrumental in establishing the framework to make the district a success for many years to follow. For over 30 years, Williams taught in the classroom, as well as developed and maintained the legal and financial framework that insured the long term stability of the newly founded school. 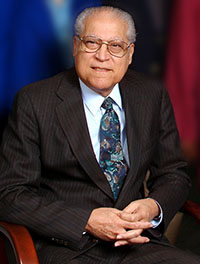 In addition to an active law practice that spanned nearly fifty years, Charney served as the inaugural President of the Tulsa County Vo-Tech (i.e. Tulsa Tech) School Board. During his 36-year tenure on that Board, Charney helped lead the school system to a position of national prominence for its excellence in Career Tech educational services. 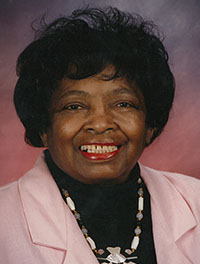 For the half-century that Lena Bennett was part of the Tulsa community, she was dedicated and steadfast in her efforts to improve the lives of others. She used her special talent – her gift for getting things done – to benefit under-served populations, including underprivileged youth, minorities, the incarcerated, elderly and mentally ill. She was tireless in her efforts to improve the human condition and a champion for those in need. 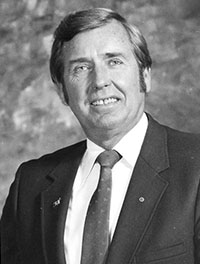 Dr. Joe Lemley was educated in a two-room school at Elm Grove. He later transferred to Checotah High School where he lettered in football, basketball and baseball. After high school, he entered the Navy and served in World War II. When the war ended, he returned home to the family farm before deciding to enter college on the GI Bill. 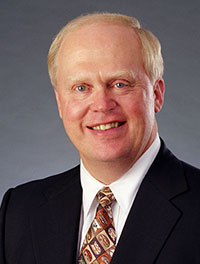 In 1985, Callahan was named deputy superintendent of Tulsa Tech and three years later began his 20-year tenure as its superintendent and CEO. He implemented many new programs at the school, including pre-engineering, sports medicine, vision care, pharmacy technician, broadcast and sound engineering and television production. 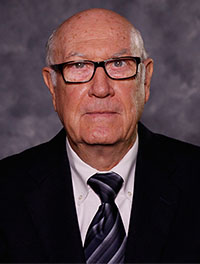 In 1987, Patton joined Tulsa Tech as Lemley Campus Director and worked to earn a Doctorate of Education in Occupational and Adult Education from Oklahoma State University in 1989. He was later named Associate Superintendent, helping lead the Peoria Campus facility additions of an auditorium, cafeteria and administration offices, which were completed in 1993. 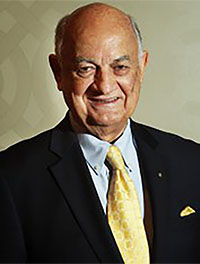 Emeritus Professor and former Dean of the College of Education at Oral Roberts University and retired Superintendent of Schools, Broken Arrow Public Schools, has enjoyed work in several career fields. He has been a teacher, journalist, Army officer, school administrator, newspaper editor and publisher, author, community leader, university professor and dean of a university college of education.