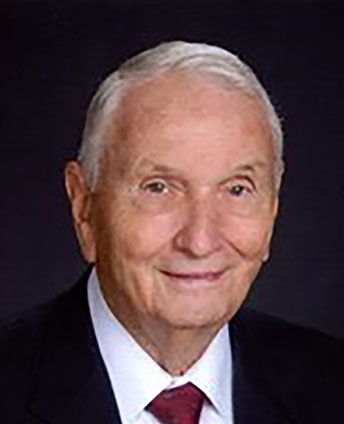 Bruce Williams started working at Tulsa Tech when the school was founded, but he was even more instrumental in establishing the framework to make the district a success for many years to follow.

For over 30 years, Williams taught in the classroom, as well as developed and maintained the legal and financial framework that insured the long term stability of the newly founded school.

Williams was the school’s first small engine repair instructor, one of the three original instructors hired, before being hand-picked to serve as purchasing director as the school transitioned to being independent from Tulsa Public Schools in 1965. He was skilled with his hands and business knowledge, having operated a small engine repair shop with his dad in Tulsa. Those small business best-practices translated well to a newly-established school funding mechanism, and his “fair and frugal” approach helped mold the business practices at the school that we see even today.

Williams was a 1948 graduate of Will Rogers High School, a 1952 graduate of Oklahoma State University and held a master’s degree from Northeastern State University. He served in the U.S. Air Force during the Korean War and continued his career in the U.S. Air Force reserves, where he retired as Lt. Colonel. Additionally, Williams was a partner in Williams Service and Supply.

Williams maintained an active lifestyle after the two retirements traveling the world with his wife, Shirley of 59 years and many friends from the Status Club and Horizon’s Club. He also served as Treasurer of his Will Rogers class alumni group, and as Treasurer of the Military Officer’s Association, MOAA.