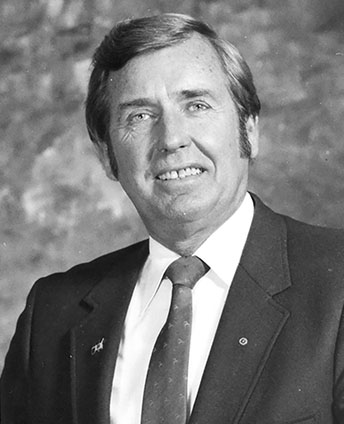 Joe Walton Lemley was born on May 16, 1925, in the small community of Pine Hill near Dover, Arkansas. Lemley spent the first eight years of his life in Arkansas and in 1933 moved with his family to a farm near Checotah.

Lemley was educated in a two-room school at Elm Grove. He later transferred to Checotah High School where he lettered in football, basketball and baseball. After high school, he entered the Navy and served in World War II. When the war ended, he returned home to the family farm before deciding to enter college on the GI Bill. Joe started at Connors State Agricultural College in Warner and later transferred to Northeastern State University, where he graduated with a bachelor of science degree in industrial education.

Lemley took his first teaching assignment at Council Hill, just a few miles from the family farm. During his three-year term, he served as principal and head basketball coach. His next teaching assignment was at Orlando. Since Orlando was a few miles from the then Oklahoma A&M, Joe returned to school and in 1951 earned a master’s degree in industrial arts and secondary school administration.

In 1952, Lemley took a position at Tulsa Public Schools teaching drafting and design at Webster High School. He later worked at Central High School and in 1962 became assistant principal.

In 1965, Lemley accepted the challenge of becoming superintendent of one of Oklahoma’s first technology centers. He served as superintendent of the Tulsa Area Vo-Tech School (Tulsa Tech) from 1965-88. During this time, he completed a doctorate in education from the University of Tulsa. He retired in 1988 — exactly 23 years after the school first opened.

Dr. Lemley has received a number of professional honors for his years of service in education. He was inducted into the Oklahoma Educators Hall of Fame in 1995, and he was named by the Tulsa Retired Educators Association as a Very Important Member of the Oklahoma Retired Educators Association. One of his greatest honors was having the first Tulsa Tech campus at 3420 S. Memorial Dr. in Tulsa named the Joe W. Lemley Campus. He was inducted to the CareerTech Hall of Fame in 1999.